Audi A8 with starting problem 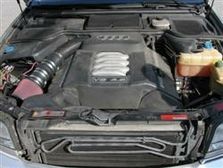 The Automotive Test Scope ATS5000 oscilloscope is in this article also referred to as automotive oscilloscope, as Diagnosis Oscilloscope or as ATS Lab scope.

An acquaintance bought a second-hand Audi A8. The car is 2,5 year old and with today's technique lots of kilometers can yet be driven with it. The car is equipped with an V8 4,2 liter engine with automatic transmission and has driven 65000 kilometers. After owning the car for one day, the man noticed that there was something wrong with starting the engine. There were no problems starting a cold engine, but if the engine was cranked shortly after it had been running, it would not start. With this story, the acquaintance called the dealer and the car was examined at the garage. After a day he got his car back, but it appeared that the problem was not solved. My acquaintance had lost his confidence in the dealer, because the problem probably already existed when the car was sold to him and because they had not fixed the problem (yet).

An appointment with GMTO was made for examining this problem. After performing some tests the problem became clear. The starting problems were in the cooling down period, 10-30 minutes after the engine had been at operating temperature. A relative simple assignment, because measuring can be done with a good functioning engine (starting right after shutting down the engine) and when the problem occurs (after 10 minutes cooling down). First we have done some measurements to figure out if a vital control was missing, such as control of the ignition coil and/or injectors in the fault situation. The ignition system in this car has an individual ignition coil on each spark plug, each with its own driving module. That makes performing measurements on the high voltages harder. Therefore, we first have measured the control pulse going to the end module of a ignition coil, to get an indication on what is going on. During cranking, the pulses appeared properly, see figure 1. 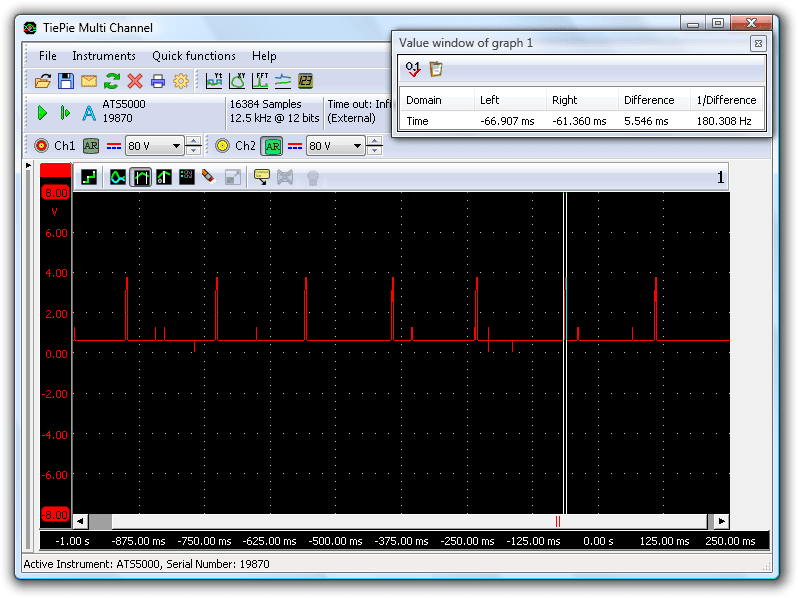 Sometimes these pulses can be very small and the pulses of this car are also not higher than 4 V. The width of the pulses is about 5 milliseconds, what is also the dwell which is calculated by the control module. Both findings appeared normal so the cause of the problem had to be found somewhere else.

The next step was measuring the fuel injector signals. Since we have 2 measurement channels available we could measure the signal of the fuel injector and the crankshaft sensor at the same time. We already knew the crankshaft sensor signal had to be fine, as well as the camshaft sensor signal. We know that the Engine Control Module (ECM) requires both signals to determine the position of the piston. If one of these signals is missing, the ECM cannot know the current position of a specific piston and will stop generating ignition signals to prevent damage to the engine. The measurement performed on the injector and the crankshaft sensor immediately revealed the cause of the problem. The injector was opened much too long (300 milliseconds) which causes the engine to "drown". At normal idle speed, the injector is opened for a period of 2-5 milliseconds and when starting a warm engine, the open period is between 5-10 times the time when the engine is cold. It should be noticed that when a engine does not start immediately the time that the injector is opened gets shorter to prevent the engine from "drowning". Figure 2 shows that the time that the injector is opened is too long. 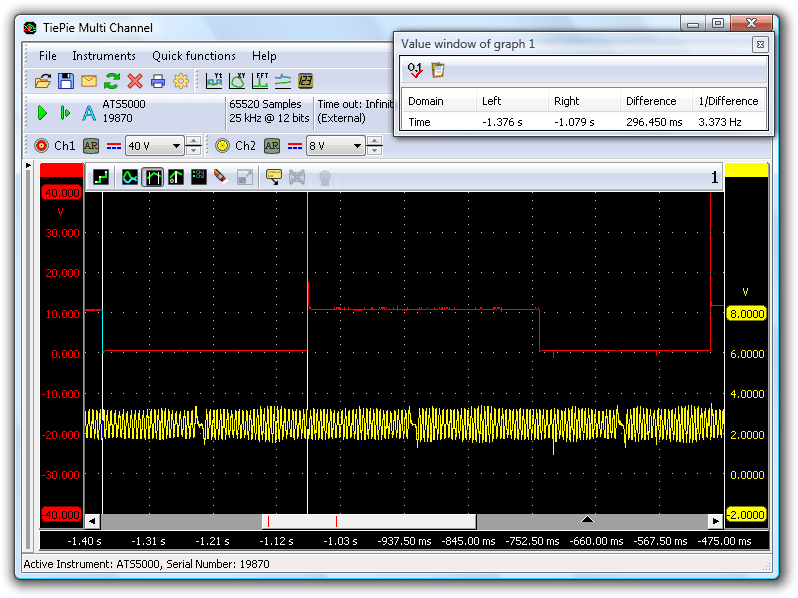 We had to wait for about half an hour before the engine started again. At that moment the opening time of the injectors had shortened so much, that after some time cranking the engine, it got "clean" and the right amount of fuel was reached. Figure 3 shows this phase, where in the beginning the engine still got too much fuel (approximately 50 milliseconds) and did not start. This automotive oscilloscope image shows an almost complete yellow signal band that represents the crank shaft sensor signal. At the beginning, the gaps that represent the missing teeth on the fly wheel are visible. The starting moment of the engine is visible in the in crank shaft sensor signal at the moment the amplitude increases. An inductive crankshaft sensor is just like a bicycle dynamo, generating higher voltages at higher revs. The voltages produced by these sensors can be, at a high engine speed, as high as 60 V.

However, this is not a very reliable method and therefore an RPM I/O of the diagnosis oscilloscope software is used to determine the engine RPM from the crankshaft signal, visible in the pink signal. A very steep jump in the RPM is seen at the moment the engine starts.

Figure 4 shows the injector signal together with the signal of the crankshaft sensor with a normal starting engine. 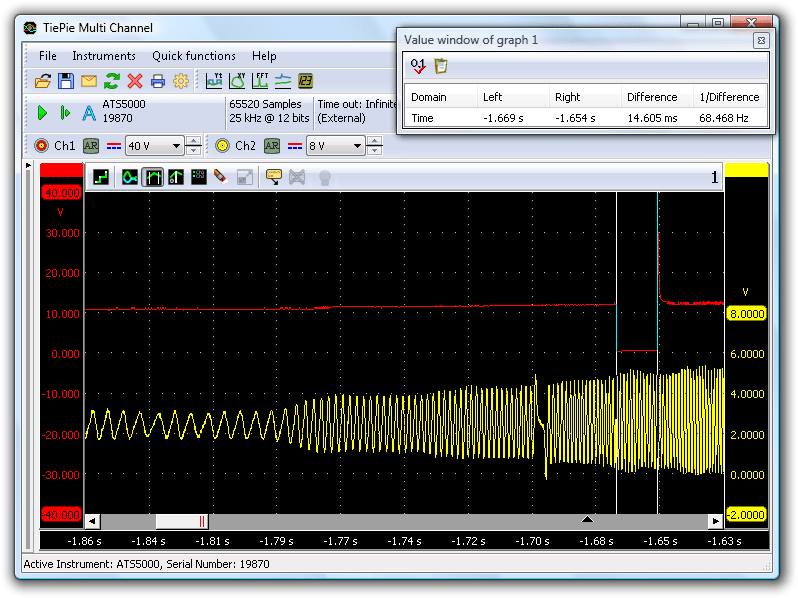 It is clearly visible that the injector open time is not longer is then 15 milliseconds. So far we only observed the facts, but still had not found the cause. However, we had an idea where the cause of the malfunction could be found. A coolant temperature sensor can, when an engine is very cold, cause a very long injection time. Because the car was still in its warranty period, the dealer was informed about our findings. Because the system probably had not given any fault codes was it much harder for the dealer to find the problem. We advised the garage to take a look at the data, that can be retrieved with their scan tool, and specifically at the values of the coolant temperature sensor. It turned out that that the ECM saw an engine temperature of -50 degrees Celsius. The sensor showed a very cold engine, but was not fully interrupted, because if this was the fact then a fault code was retrieved from the system. The sensor is replaced and the problem was solved. A malfunction in this sensor circuit could also have been found with the ATS Lab scope, the voltage of the coolant temperature sensor of a warm engine is usually lower than 1 V. In the fault situation, the voltage would be probably between the 4.5 en 4.8 V, a reject. If these high voltages are measured while the engine is warm, it is recommended to measure the ground of the sensor with respect to the ground of the battery as well. A bad ground connection can have the same results.