Citroën Berlingo with a headache 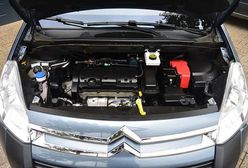 The Automotive Test Scope ATS5004D is in this article also referred to as automotive oscilloscope, diagnostic oscilloscope and lab scope.

This Citroën Berlingo from 2011 with a 1.6 VTi 120 engine was at the garage for regular maintenance. During this work, one of the spark plugs broke and the only solution to solve this issue was to disassemble the cylinder head. After reinstalling the cylinder head, the engine would not start and produced errors:

All error codes are related to camshafts. Before disassembling the cylinder head, the engine showed no problems, it was therefore likely that during reassembling the head an error was made. In order to solve the problem, the garage rechecked the camshaft timings, which were found to be correct. They also replaced one camshaft because it had a damaged sensor tone ring, replaced the camshaft position actuators and checked the wiring. 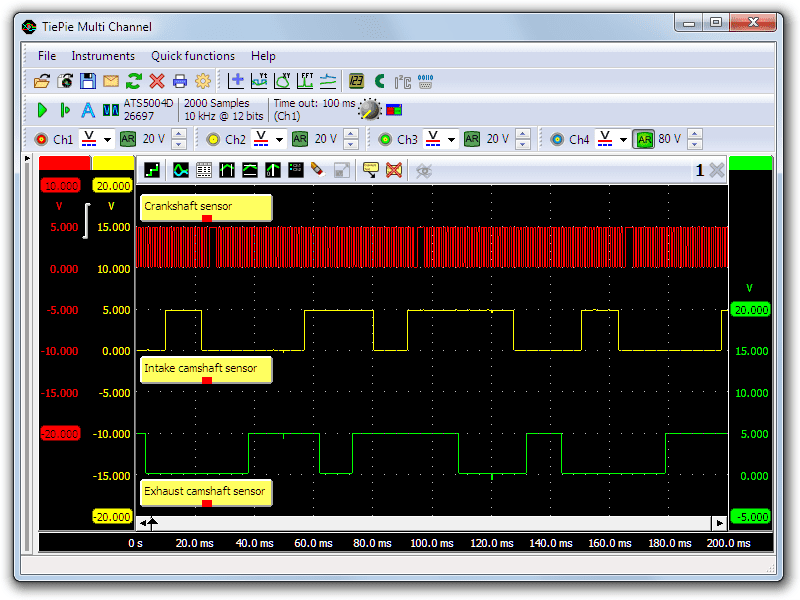 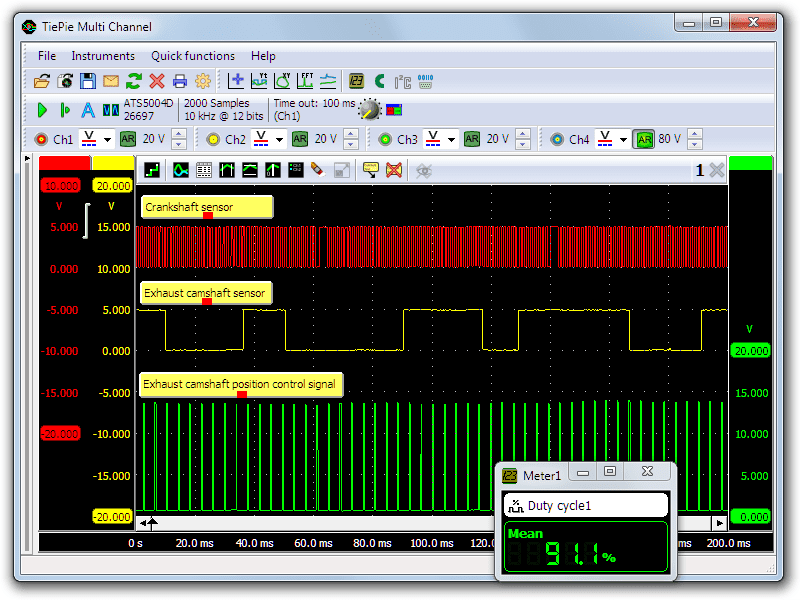 It is clear that there is something completely wrong in the timing adjustment of the camshafts. It looks like that the ECU is just trying settings, to be able to determine a proper error code. The oil pressure in the cylinder head for the position actuators turns out to be sufficient, ruling that out as a possible cause. The next step is to disable one position actuator by pulling its control signal to ground. That results in a duty cycle of 100%, driving the camshaft position to its extreme. That made the camshaft sensor pulse move 10 pulses early, with respect to the crankshaft signal reference point.

Then, in a hunch, all error codes are cleared, the connector of the exhaust camshaft position sensor is disconnected and the engine is started. The following error code is generated:

An error code related to the inlet camshaft, while that exhaust camshaft sensor was disconnected. Are the camshaft sensor connectors accidentally swapped at the cylinder head, during reassembly? That turns out to be impossible as they have different style connectors, that cannot be swapped. The wiring is again checked, the sensor wires all disappear under a cover. When the cover is removed, two more connectors are found, in the sensor wires. And these connectors are identical and can be swapped.

The connectors are swapped to their correct position, the error codes are cleared again and the engine is started. After learning the camshaft settings, the engine runs fine again, without error codes. A final measurement with the Automotive Test Scope ATS5004D shows that duty cycle of both position adjustments is right between 50% and 70%. 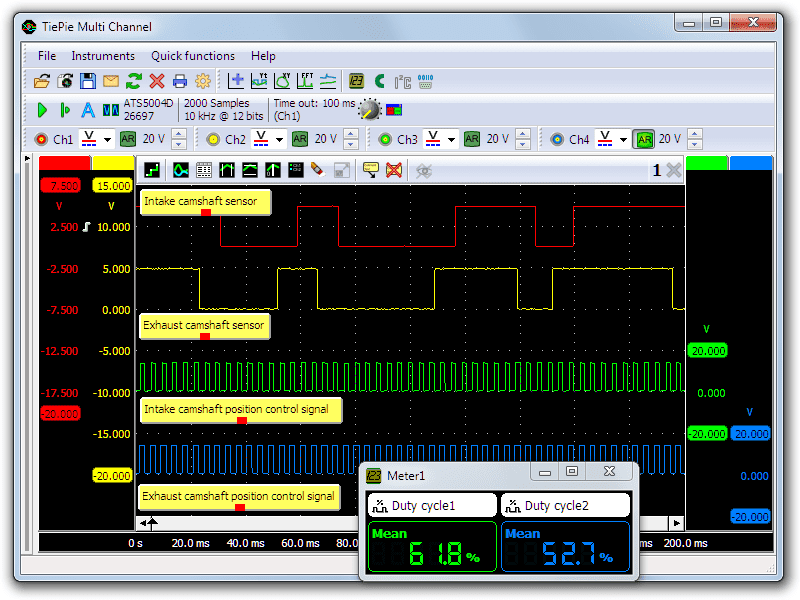 Figure 3: Problem solved: both position adjustment signals have a duty cycle between 50% and 70%.

When the cylinder head was removed, not only the sensor wires at the head were disconnected, for some reason they were also disconnected under that cover. And reconnected in the wrong way. That explains the strange position control values of 7% and 91% duty cycle on the camshaft position actuators. The ECU controlled the inlet camshaft based on the exhaust camshaft position sensor signal and vise versa.