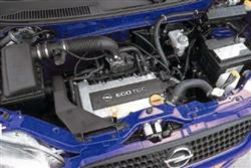 A 2006 Opel Agila was experiencing engine problems. The engine lost power, ran very badly when idling and would not rev up higher than 1600 rpm. The garage found the following codes:

The Engine Control Module (ECM) indicated problems with components that indeed could have to do with this problem (except for the A/C refrigerant pressure sensor). The garage did not have a good diagnosis oscilloscope, so they started replacing components, hoping to solve the problem. They replaced the throttle body, the throttle position sensor, the ECM and finally a part of the wiring harness. None of these replacements gave any improvement. In fact, after replacing the wiring harness, the scanner could no longer communicate with the systems, which appeared dead.

The first thing to solve was the communication problem. The communication bus contains a specific signal (K-line) which is pulled to +12 V when a scanner is connected. This signal did however remain low (0 V). After systematically disconnecting parts from the bus to locate a defective ECM or defective wiring, the search ended at the replaced wiring harness. Not really surprising, as replacing the wiring harness caused the communication to be dead. When one of the connectors of the harness was disconnected, the cause of the problem was found, see figure 1. The bent pin appeared to be a ground pin, touching the K-line signal, causing all communication to die. After fixing the connector, all communication was back and codes could be read again. It did however not solve the engine problems, it still ran badly and had no power.

It appeared that the engine was running on only two cylinders. To find out why, a four channel automotive oscilloscope was connected to the injectors and the ignition. Both showed strange signals, but the injectors were focused on first. 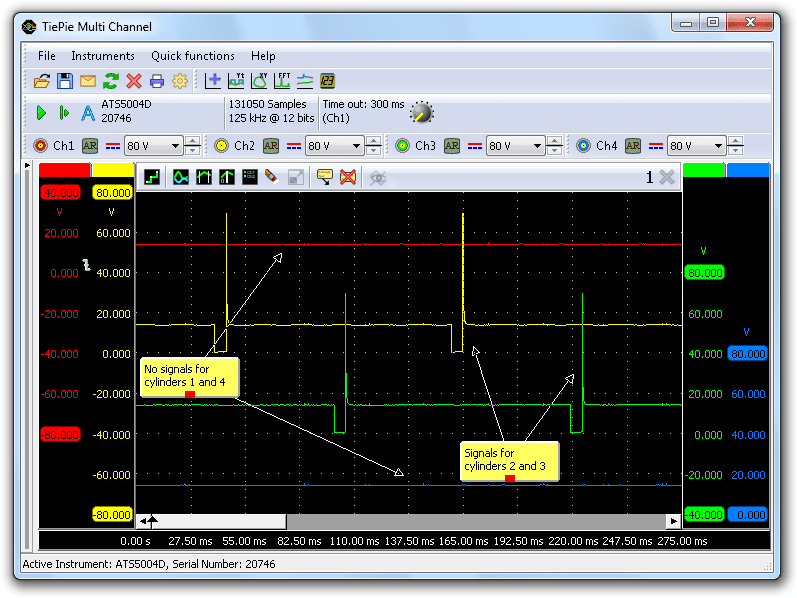 Figure 2: Injection of all 4 cylinders

It could also happen that when the throttle was increased, all injectors would operate normally, but the throttle plate would remain fully closed. 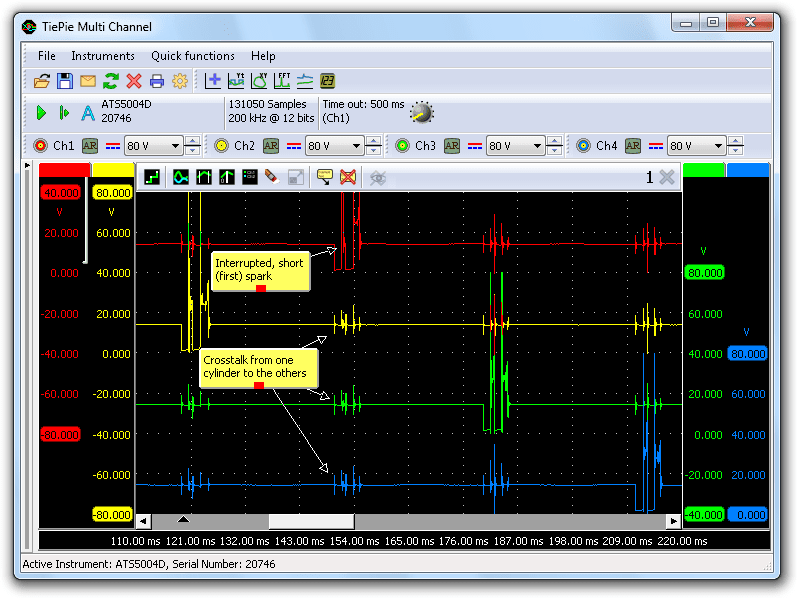 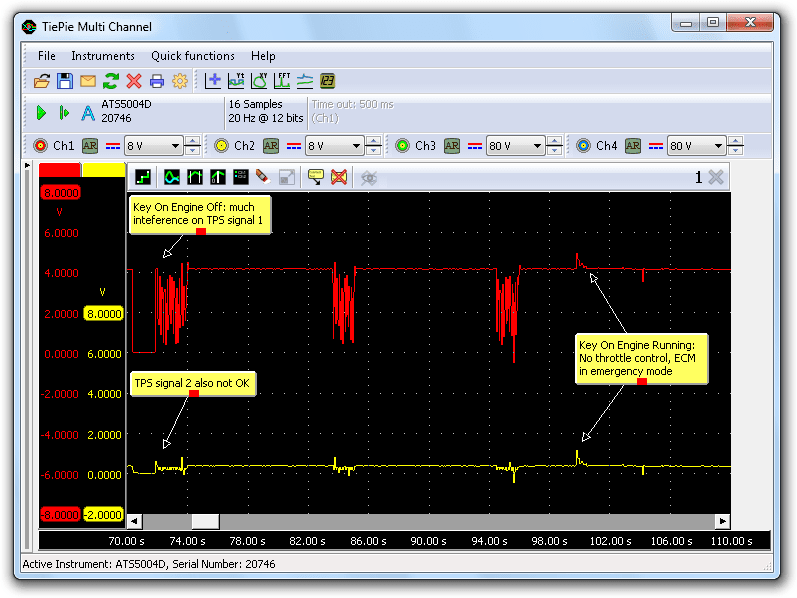 Figure 4 shows the two Throttle Position Sensor signals intermittently going to 0V. This could indicate a +5V power problem, therefore the 5V supply line of the ECM to the sensors was monitored. The 5V power remained stable during the intermittent fluctuations, ruling out the power supply for the sensors. Since the throttle body was already replaced, the only remaining plausible cause would be a wiring problem. 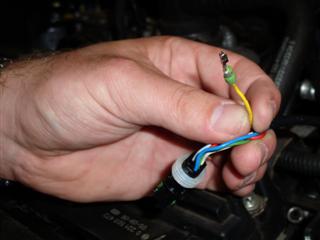 The problems were solved by fixing the connector terminals. The two TPS signals behave normally, as seen in figure 6. Also ignition and injection patterns were normal again. 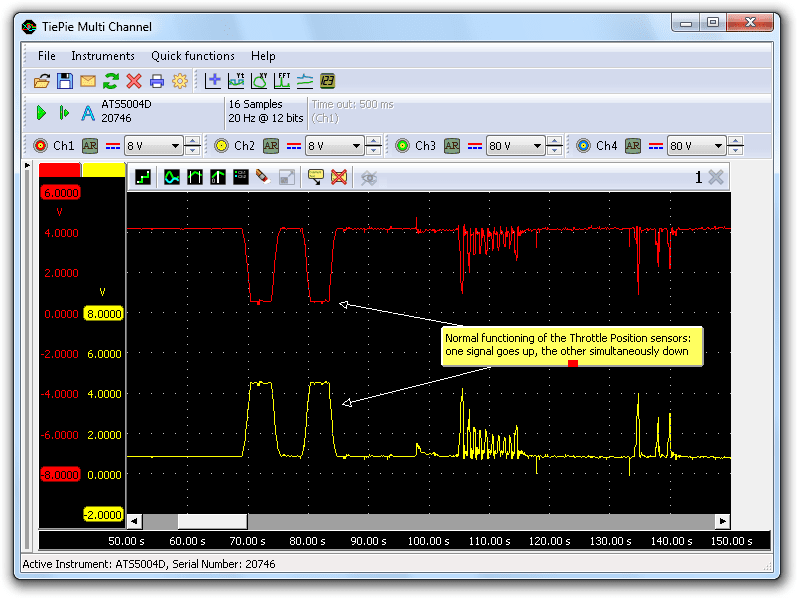