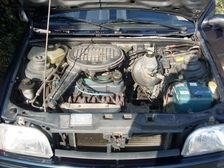 The Automotive Test Scope ATS5004D is in this article also referred to as automotive oscilloscope, diagnosis oscilloscope and as lab scope.

When troubleshooting intermittent problems, a good automotive oscilloscope is indispensable. It needs to have some specific features to help finding the cause of the problems. One of the features is the ability to perform a long measurement at a high sampling speed, triggered by a manual trigger button, capturing signals before and after the trigger moment.

A Ford Fiesta with J6B engine was suffering occasional stuttering. The shop it was brought to did not have an oscilloscope, so they could not easily locate the source of the problem. They did replace some components, but the problem remained. Unable to solve the problem, they contacted GMTO for diagnosis assistance.

When an engine occasionally holds back, there is usually a problem with injection or ignition. The best way to diagnose this, is to place a good automotive oscilloscope like the Automotive Test Scope ATS5004D in the car and connect it to an injection signal and an ignition signal. The scope needs to be setup to measure for a long time at a high sampling rate. A manual trigger button is used to trigger the oscilloscope to capture the signals and store them. It is even possible to view signals that were recorded before pressing the trigger button. This makes it possible to see how a problem situation develops. Once the lab scope is connected, it is just a matter of driving the car until the engine holds back and then pressing the trigger button. 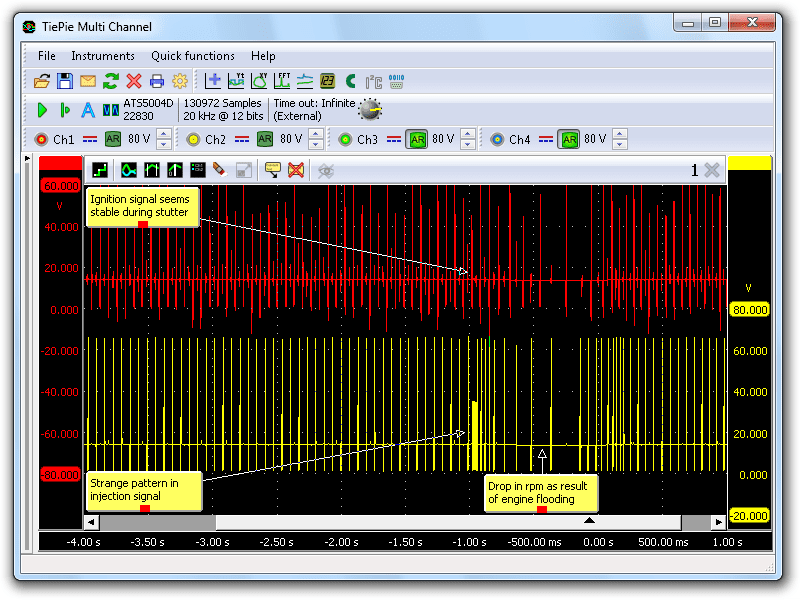 Figure 1 shows a measurement on the ignition signal (top) and an injector (bottom). This 6.5 second measurement shows many pulses in both signals. The larger distance between the pulses shows clearly that at some point the engine speed drops significantly. Right before the speed drop, a strange pattern with many pulses is visible in the injection signal causing the injector to be open much longer than required. This floods the engine, causing the mixture not to ignite and resulting in the drop of speed. After that, the engine restores to its original speed. 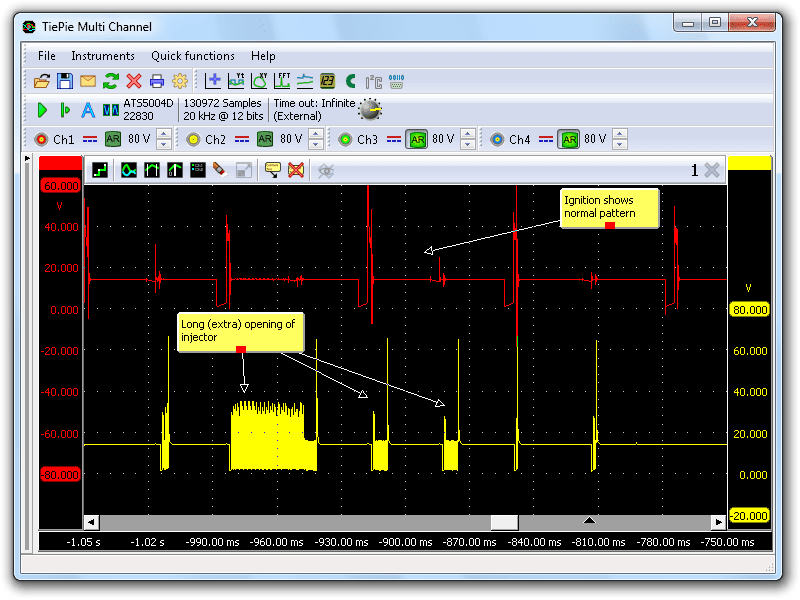 Figure 2: Zoomed in at the strange pattern

Next to find out is why the injector is opened this long? When accelerating a car, an injector is usually opened longer to allow more fuel to enter the cylinder. Acceleration information is collected by the ECM from the throttle position sensor and the Mass Air Flow sensor. 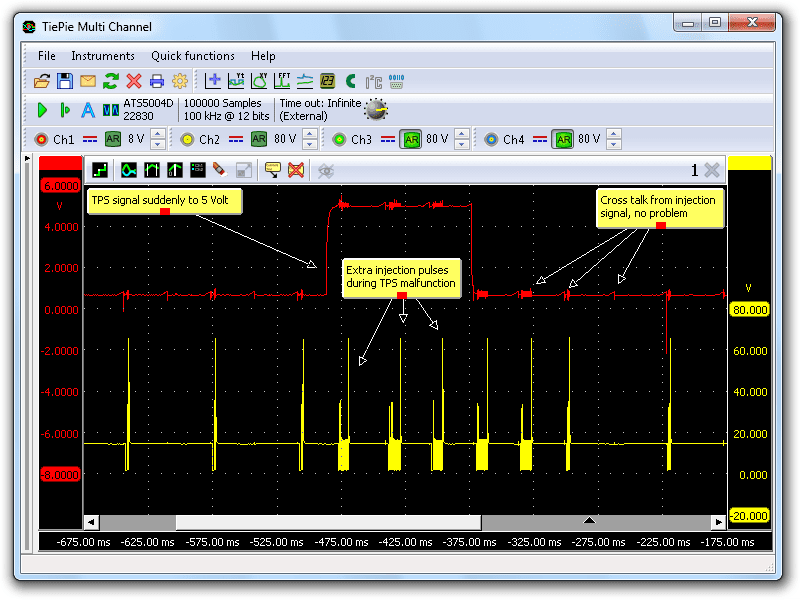 Next, the Throttle Position Sensor (TPS) signal (top) and the injection signal (bottom) were measured, the measured signals are shown in figure 3. The TPS signal jumps to 5 V, the maximum value for this sensor. The ECM responds as expected: the injectors are driven more and longer. Although it is just a short, 100 ms disturbance, it has a significant effect on how the engine runs.

When the ground connection is in good order only a few options remain:

The first two options can be checked easily and no problems were found here, leaving only the third option. The sensor was replaced and the problem was gone. 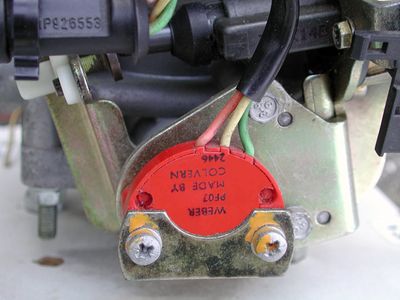 A good automotive oscilloscope like the Automotive Test Scope ATS5004D can save a lot when diagnosing a problem in a car. The manually triggered long measurement proves to be very useful in finding the problem: simply drive the car until the problem occurs, press the Manual trigger button and the signals are captured, even from before pressing the button. The high zoom factor allows to focus on the smallest details. This relative short disturbance would have been hard to find without an automotive lab scope, because it is much to short to be seen on a multimeter. Only by keeping replacing components one by one, this problem might have been solved. A very ineffective and expensive method.