Workings of the inductive crankshaft sensor

The inductive crankshaft sensor is constructed of a permanent magnet with a coil around it. The magnetic field strength changes when a magnetism sensitive object passes through the magnetic field of the magnet. This changing of the magnetic field induces a voltage in the coil. The polarity of the induced voltage depends on the direction of the moving object, moving away or towards the sensor. This sensor doesn't need a power supply.

With a RPM I/O the crankshaft sensor signal can be converted to a signal that shows the course of the engine speed.

Correct functioning of the crankshaft sensor can be checked by measuring the following signal voltages, see figure 1: 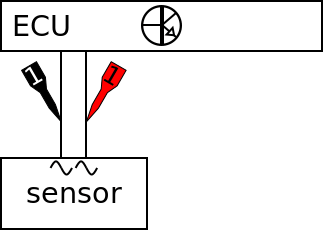 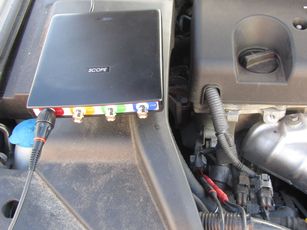 Figure 3 shows a waveform of a crankshaft sensor of an engine during cranking. This signal can be downloaded and used to correctly set up the lab scope or as reference signal. 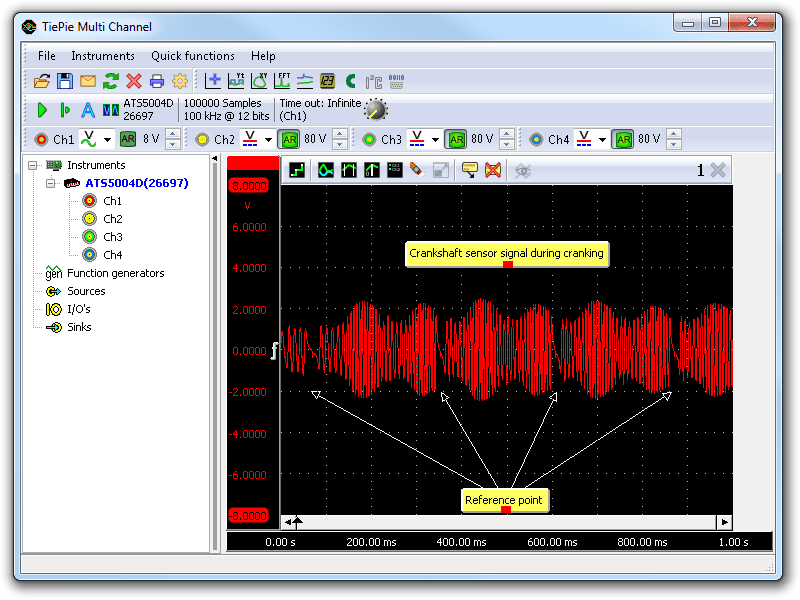 The crankshaft sensor signal voltage on channel 1 (red) shows amplitude changes during cranking. The changes are caused by the changes in engine speed during each compression stroke of a cylinder. The change in engine speed can also be seen reflected in the frequency variation of the signal. Clearly visible are the reference points caused by two missing teeth. 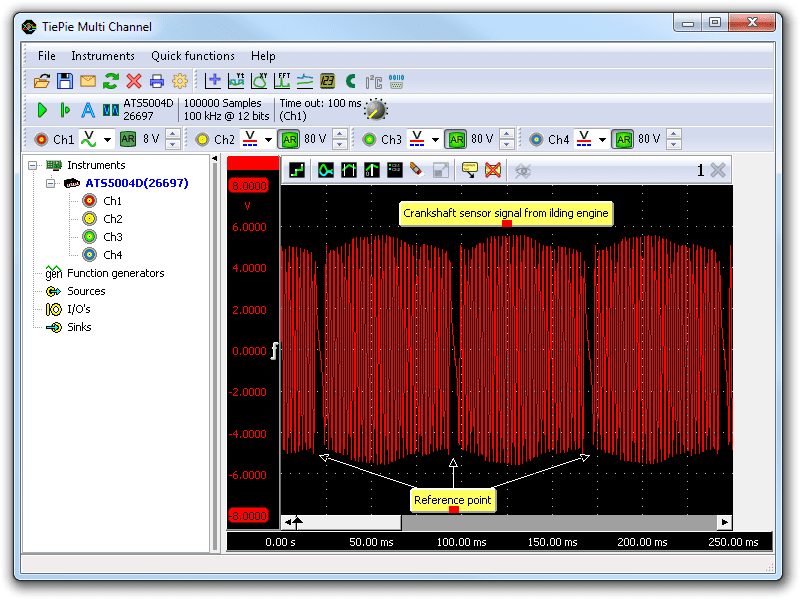 Figure 4 shows the signal of a crankshaft sensor of an idling engine. To make the amplitude difference clear, the measurement has been performed with the same settings as used for the previous measurement. The graph is zoomed in on the first quarter of the measurement to be able to see the signal periods. Also during idling the amplitude variations caused by the compression strokes are visible.