Workings of an EGR valve

The EGR valve (Exhaust Gas Recirculation valve) can let a certain amount of exhaust gases flow back into the inlet. This lowers the burning temperature and the emission of nitrogen oxide (NOx). The EGR valve is situated between the exhaust and inlet. The EGR valve that is measured is equipped with a DC motor to control the valve and an EGR valve position sensor to give feedback to the ECU about the position of the EGR valve. The EGR valve is spring loaded to keep it closed.

Correct functioning of the EGR valve can be checked by measuring the following signal voltages, see figure 1: 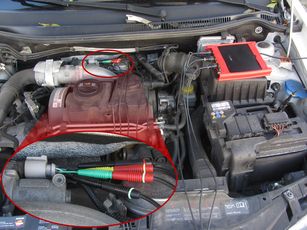 The lab scope is connected to the EGR valve DC motor and position sensor via a Measure lead TP-C1812B and Back Probe TP-BP85 and set to recorder mode.

In recorder mode a streaming measurement is performed, continuously displaying the signals live on screen. Most measured signals vary slowly, except for the DC motor control signal. The Automotive Test Scope ATS5004D is set to a streaming speed of 10 kS/s to correctly capture all signals.

Figure 3 shows waveforms of an EGR valve DC motor and position sensor of a car with engine at operating temperature under following conditions: starting, 2000 RPM, 3000 RPM and idle. These signals can be downloaded and used to correctly set up the lab scope or as reference signal. 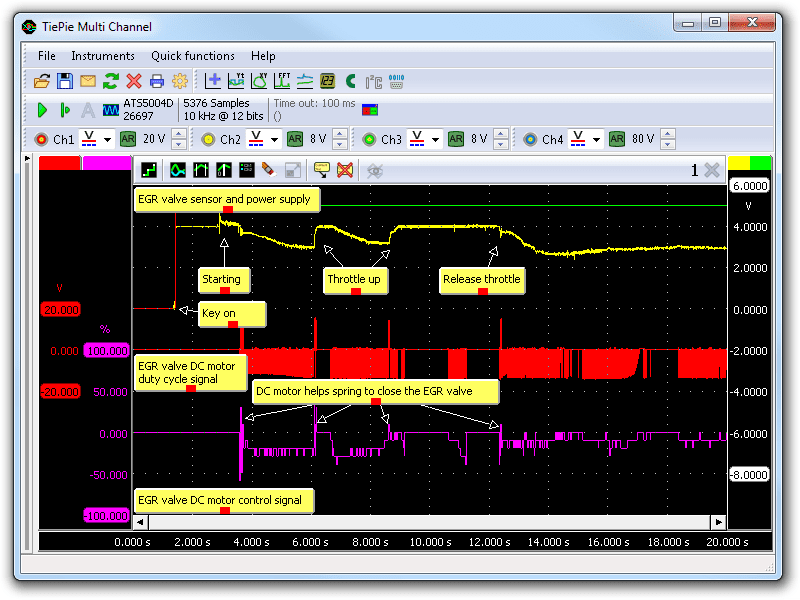