To check the state of the injectors, the return flow of the individual injectors can be measured and compared to the return flow of the other injectors. A common method is to disconnect the return lines and capture the returned fuel in little jars, one for each injector. After running the engine for a while, the amount of fuel in the jars is measured and compared and a defective injector can be spotted. This method has a few drawbacks. It cannot be used in fuel injection systems where the return lines are pressurized. Secondly is it complicated to perform this test in a driving car, in situations where the problem only occurs while driving. And there is the risk of spilling fuel, due to the open jars.

This particular measurement is performed on the same engine as the servo hydraulic injector measurement. 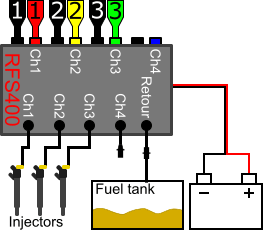 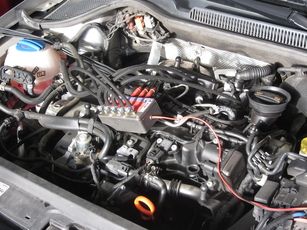 In recorder mode a streaming measurement is performed, continuously displaying the signals live on screen. Because the measured signals vary slowly, the Automotive Test Scope ATS5004D is set to a slow measuring speed.

Figure 3 shows a waveform of the return flow from the injectors of a car with revved engine. This signal can be downloaded and used to correctly set up the lab scope or as reference signal. 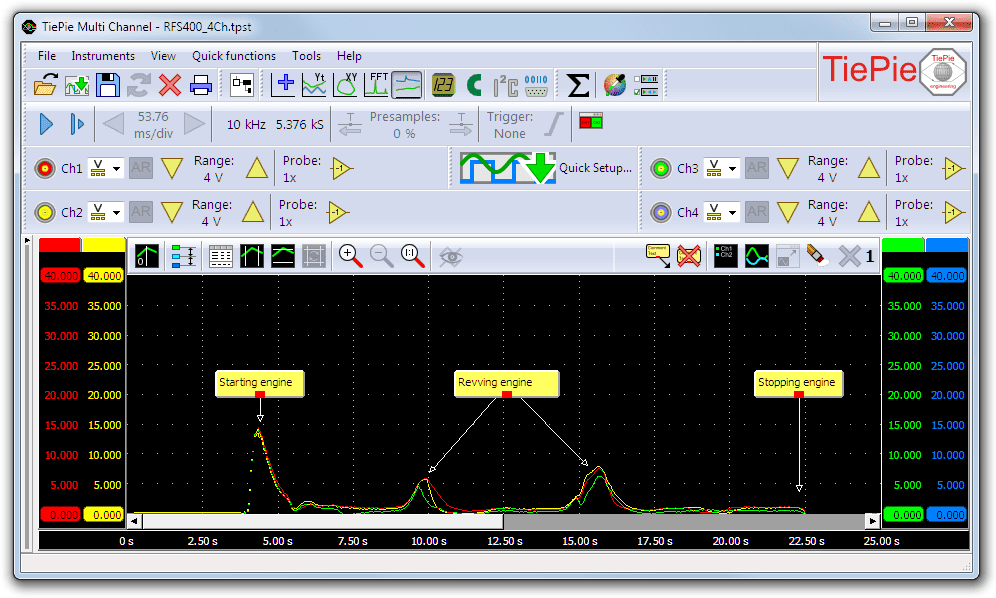 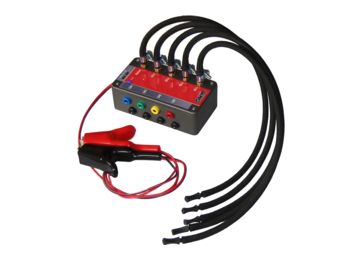